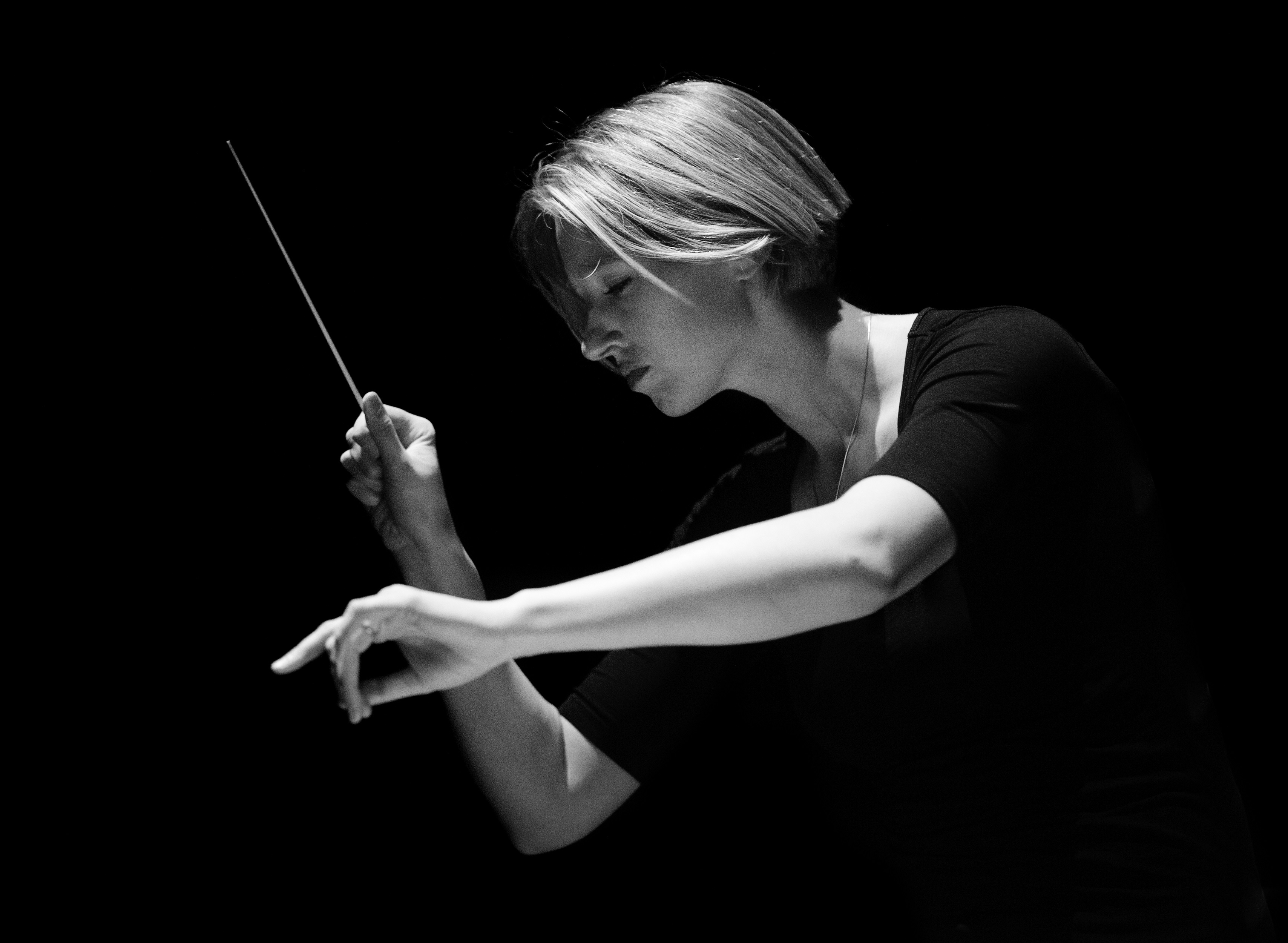 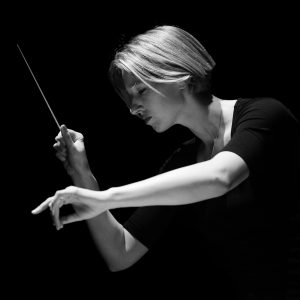 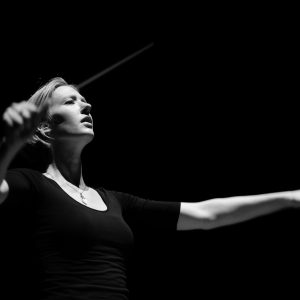 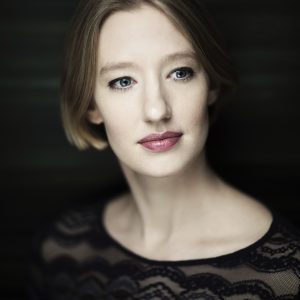 Joana Mallwitz is one of the most sought-after conductors of her generation. She has been the General Music Director of the Staatstheater and the Staatsphilharmonie in Nuremberg, which position she has held since the 2018/19 season, and where in the current season she not only conducts the new productions of Verdi’s “Don Carlos” and Britten’s “Peter Grimes”, but also the ballets “Petrushka” and “Le Sacre de Printemps” by Stravinsky.

Elsewhere in the 2019/20 season, Ms. Mallwitz can be see at the Frankfurt Opera in the new productions of Fauré’s “Pénélope” and Strauss’ “Salome”. After her successful debut with “L’Elisir d’Amore” and “Eugen Onegin” at the Bavarian State Opera, she returns with symphonic works by Schubert, Liszt and Mahler. Other symphonic concerts this season lead her to the Konzerthaus Wien with a Walküre (1st act) in concert version with the Wiener Symphoniker, to the Staatsorchester Stuttgart with Messiaen, Prokofiev and Stravinsky, as well as to the Düsseldorfer Symphoniker with Shostakovitch, Schubert and Ravel.

Last season, Ms. Mallwitz conducted a very successful new production of “Der Rosenkavalier” at Den Norske Opera in Oslo as well as productions of “The Merry Widow” and “Pelléas et Mélisande” at the Frankfurt Opera. In addition, she returned to the Royal Danish Opera once again for a series of performances of “The Magic Flute”, after her previous successes in Copenhagen with “Cavalleria rusticana” / “Pagliacci”, “The Flying Dutchman”, “Madama Butterfly” and “Macbeth”.

Ms. Mallwitz has also performed at the Zurich Opera House (“Macbeth”), at the Hamburg State Opera (“L’Elisir d’Amore”) and at the Latvian National Opera in Riga (“Rheingold and Götterdämmerung”).

From 2014 to 2018 she was General Music Director of the Theater Erfurt and led there new productions of Wozzeck, “Die Meistersinger von Nürnberg”, “Tosca”, “Così fan tutte”, “Madama Butterfly”, “Don Giovanni”, “The Magic Flute” and “The Merry Widow”, a.o..

Joana Mallwitz began her career as Kapellmeister at the Theater Heidelberg, where she conducted a wide repertoire early on. She studied conducting with Martin Brauß and Eiji Oue as well as piano with Karl-Heinz Kämmerling and Bernd Goetzke at the University of Music and Theater Hannover. In 2009 she was awarded the “Praetorius Music Award 2009” by the state of Lower Saxony. (2019/20)