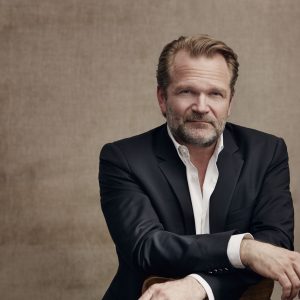 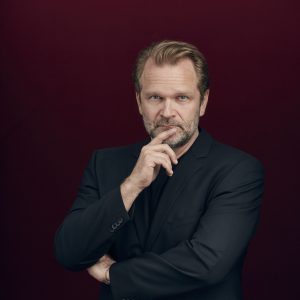 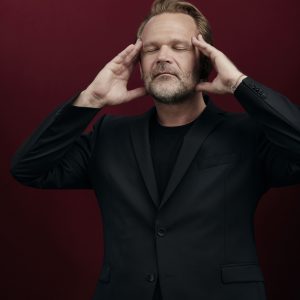 Sebastian Knauer can look back at a career spanning more than three decades since his debut at the age of 14 at the Laeiszahalle in his hometown Hamburg. His style is characterized by understatement and the highest level of musicality making him an important fixture of the international music scene.

Sebastian Knauer has performed in more than 50 countries across 4 continents, playing at venues like the Berlin Philharmonics, the Gewandhaus in Leipzig, the Concertgebouw in Amsterdam, London`s Wigmore Hall , the Théatre des Champs-Elysées in Paris, the Tonhalle in Zurich, the Konzerthaus in Vienna, the Lincoln Center New York, the Harris Theater in Chicago, the National Center for Performing Arts in Beijing and the Toppan Hall  in Tokyo. He is a regular guest star at festivals like the ones in Schleswig-Holstein, Mecklenburg-Vorpommern and in the Rheingau, at the Dresden Music Festival, the Piano Fest Ruhr, the Beethovenfest Bonn, the Schubertiade Hohenems, the Salzburg Festival, in Gstaad, Montreux, Meran, Bath, Ravinia, Savannah or Shanghai.

Sebastian Knauer‘s repertoire is varied and extensive being reflected in currently more than 15 CD recordings. His CD “ÜBERBACH“ has been awarded the Klassik ECHO award in 2017. His recordings “Bach & Sons“ and “Bach & Sons II“, together with the Zurich Chamber Orchestra and the first under Sir Roger Norrington were highly praised: „Brillant“ (Stern), „Phantastic“ (Neue Zürcher Zeitung), „Excellent“ (Die Presse Wien). His past recordings for Berlin Classics, Warner Classics, Deutsche Grammophon and Naxos include works by Mozart, Haydn, Beethoven, Mendelssohn und Schubert, as well as by the American composers Gershwin, Barber, Bernstein und Copland. Together with his duo partner Daniel Hope, he recorded the project „East meets West“ which was awarded the Klassik ECHO in 2005 and was also nominated for a Grammy that year. Sebastian Knauer just signed a contract with SONY. The first CD is planned to be published later in 2019.
read more

Being very much involved in chamber music, Sebastian Knauer performed in a number of projects with such great musicians as the Emerson String Quartet, the Philharmonia Quartet Berlin, Renaud Capuçon, Sabine Meyer, Albrecht Mayer, Sol Gabetta, Jan Vogler und Alban Gerhardt, Anne Sofie von Otter, Bernarda Fink, Christiane Karg, Mojca Erdmann, Michael Schade, Olaf Bär and Hermann Prey, as well as with the choreographer John Neumeier and the percussionists Steward Copeland („The Police“) and Jason Marsalis. In 2016 he was a co-founder of the project „Hamburger Piano Summer“, where he unites four different genres in one concert, together with the pianists Martina Tingvall, Axel Zwingenberger und Joja Wendt. Up to four sold out performances in a row at the Hamburg State Opera and thousands of listeners at the Klassik Open Air on the Berlin Gendarmenemarkt bore witness to the popularity of this unique combination.Sebastian Knauer made national headlines with several special projects, thanks to his relentless efforts for numerous charitable organizations but also thanks to his great interest in current world affairs. On July 13th, 2017 he performed and organized together with the Hamburg Abendblatt newspaper a special concert for over 1000 police officers and their partners in the grand hall in the Elbphilharmonie Hamburg. He entitled the concert „RESPECT“ in appreciation for their service during the riots which occurred during the G20 summit in Hamburg.

Since 2001 he created the „Word meets Music“ – programs. There is always one composer at the center of each program. Sebastian Knauer devises the texts about their lives, which are recited by actors on stage. After more than 200 performances of this kind, he is regularly accompanied by Hannelore Elsner, Martina Gedeck, Iris Berben, Gudrun Landgrebe, Barbara Auer as well as Klaus Maria Brandauer and Ulrich Tukur. In 2012 Sebastian Knauer founded his own festival “Mozart@Augsburg“ and acts as its artistic director. Every year in early September he organizes concerts in the “Mozart City” Augsburg, presenting artists such as Philippe Entremont, Sir Roger Norrington, Menahem Pressler, András Schiff, Arcadi Volodos, Martin Stadtfeld, Lars Vogt, Daniel Hope, Christian Tetzlaff, Emanuel Pahud, Jan Vogler, the Emerson String Quartet, the Artemis Quartet, das Hagen Quartet, Hannelore Elsner, Klaus Maria Brandauer, the Bamberg Symphonics, the Zurich Chamber Orchestra and the Viennese Concert-Verein. In 2017 he organized his biggest concert there, Mozarts`s Requiem performed by the Choir and Orchestra of the Bavarian Radio and conducted by Mariss Jansons. Since 2017 he conceptualizes the „Musikfestwoche“ at Schloss Berleburg, the seat of HRH Princess Benedicte of Denmark.

In 2020, Sebastian Knauer will be enhancing his festival ambitions by taking on the role of artistic director for the Beethoven Jubilee-  Festival in Aachen, Germany. In the season 2018/2019 he has received many invitations, including to the USA and New York (Lincoln Center), Chicago (Harris Theater), San Francisco, Savannah Music Festival, as well as to Toronto`s Koerner Hall. He also honors Leonard Bernstein`s 100th birthday and performs his „Age of Anxiety“ with the  Warsaw Philharmonic and other orchestras. He will perform all of Bernstein`s works for piano solo at various festivals (Schleswig Holstein, Rheingau, Grafenegg) together with Bernstein`s daughter Jamie Bernstein (who will read very personal texts about her father).