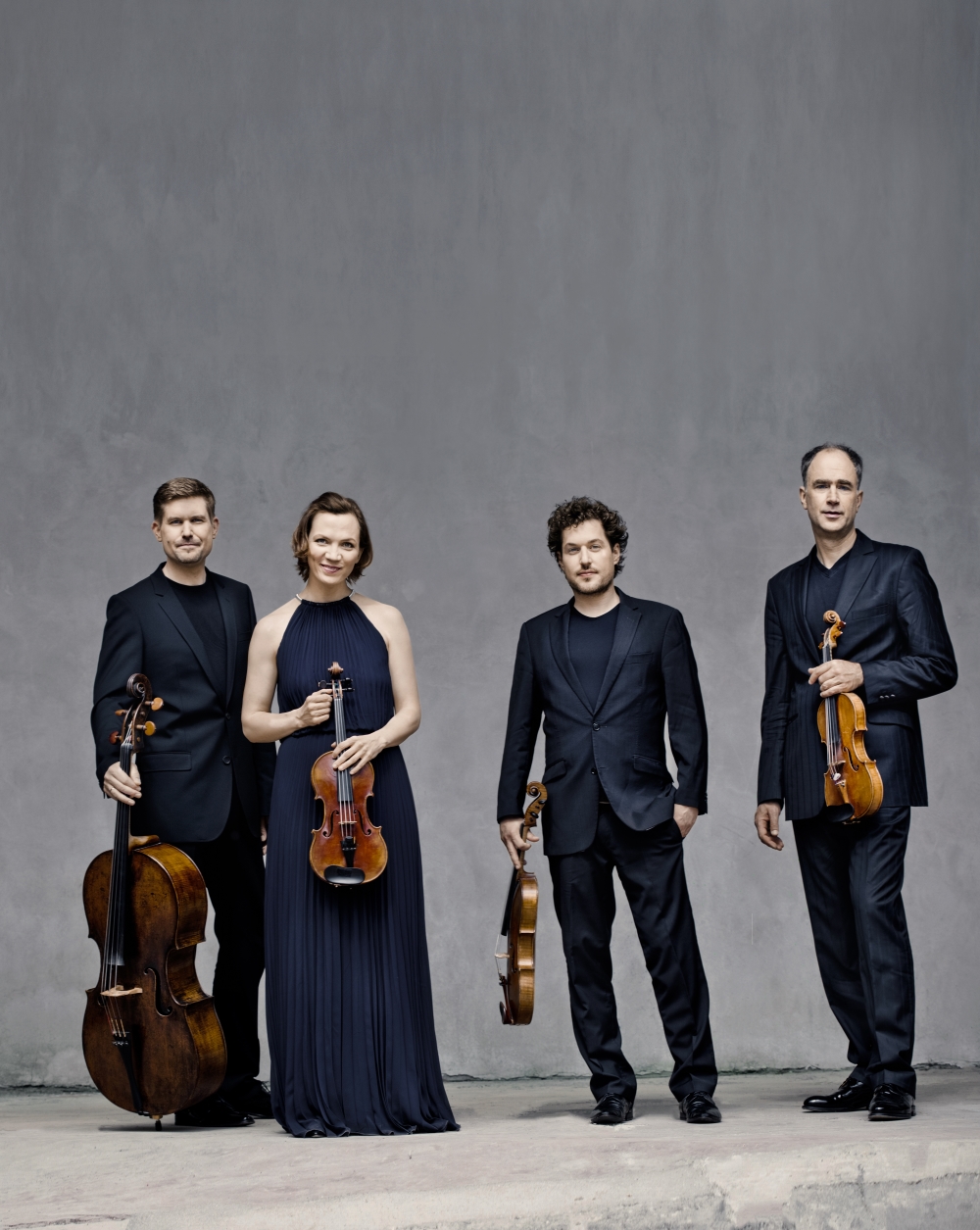 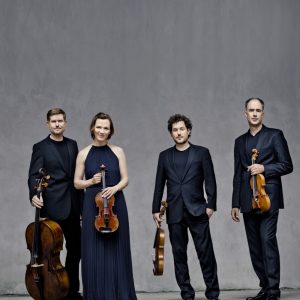 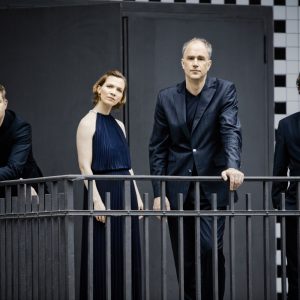 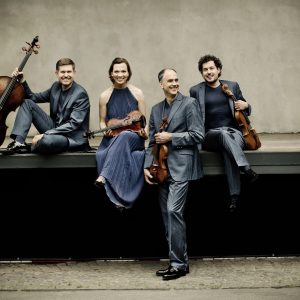 The Signum Quartet has made its mark (lat. signum) on the international quartet scene by virtue of its energetic and lively interpretations, and has established itself as one of today’smost exciting ensembles of its generation.

Intensive studies with the Alban Berg Quartet, Artemis Quartet and the Melos Quartet, as well as collaborations with György Kurtág, Walter Levin, Alfred Brendel, Leon Fleisher and Jörg Widmann have characterised the artistic development of the Signum Quartet, a laureate of numerous awards, among others Premio Paolo Borciani and London International String Quartet Competition. The quartet has enjoyed support from Bayer Kultur as part of its stART cultural programme and as ensemble of the BBC Radio 3 New Generation Artists scheme.

The quartet has performed throughout their native Germany including at the Berlin Philharmonie and Konzerthaus, Laeiszhalle Hamburg, Liederhalle Stuttgart, Frankfurt, Philharmonie Essen and Gewandhaus Leipzig and abroad: Wigmore Hall and Cadogan Hall London, Concertgebouw Amsterdam, Philharmonie de Luxembourg, as well as venues across Finland, Norway, Switzerland, France and at the Harvard Musical Association in Boston. It has appeared also at music festivals including the Schleswig-Holstein Music Festival, Rheingau Music Festival, Cheltenham Music Festival, Aldeburgh, BBC Proms, and Aix-en-Provence.

read more
Bruno Mantovani composed a string quartet for the Signum Quartet which the ensemble recently performed in London, Frankfurt, Luxembourg and Amsterdam. Future concerts include Vienna, Cologne, as well as tours through the US, Great Britan, Switzerland, France and Spain.

In 2009, the Signum Quartet began recording for Capriccio Vienna and their first release – a CD of quartets by Ludwig Thuille – was awarded the Supersonic in Luxemburg, which they followed in 2012 with a recording of movements by Schubert, Rihm, Wolf, Ives and Orff. Their third Capriccio recording ‘No.3’, released in May 2013, presents quartets by Bartók, Schnittke and Berg, and was awarded the International Classical Music Award’s 2014 as ‘Best Chamber Music Recording’. A CD called “soundescapes” with works by Ravel, Debussy and Adès has been released in 2015. A recording of Brahms’ Hungarian Dances featuring Nils Mönekemeyer followed in the same year (Sony) and the latest CD is called “Alla czeca” (Suk, Schulhoff, Dvorak) (Capriccio).

The Signum Quartet has launched a project called #quartweet which invites composers of all ages and abilities to tweet them a short quartet of 140 notes or less on Twitter. Composers like Bruno Mantovani, Sebastian Currier, Konstantia Gourzi, Caroline Shaw, Julian Grant und Steven Mackey and many more already participated.