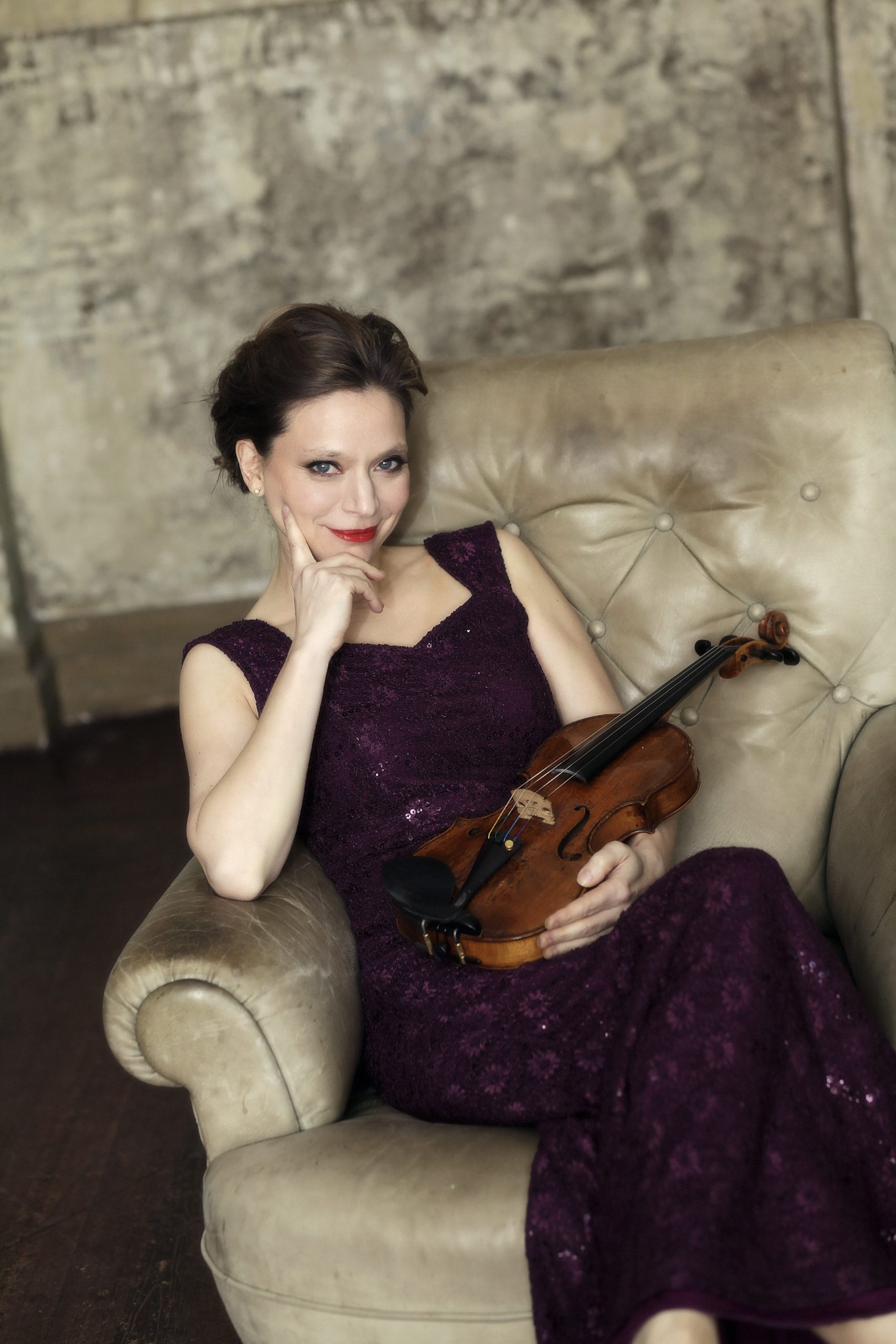 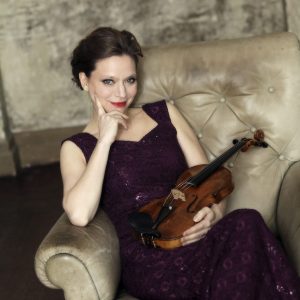 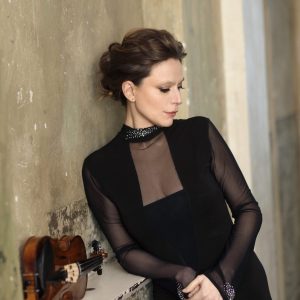 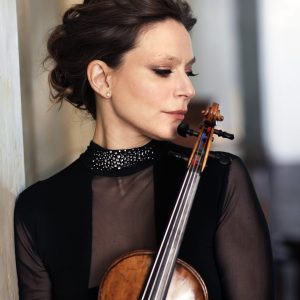 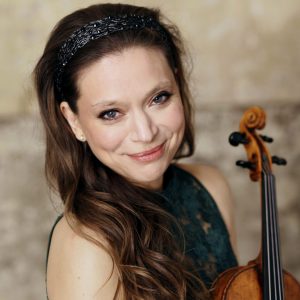 At first glance, Franziska Pietsch’s career seems to have been a fairy tale of good fortune. Born into a musical family in East Berlin – both her parents were violinists – she was celebrated as a child prodigy. Under the tutelage of Prof. Werner Scholz from Berlin’s Hanns Eisler Hochschule for Music, Pietsch began at a young age to win contests such as the Bach Competition in Leipzig and made her debut at Berlin’s Comic Opera at the age of eleven. There followed a number of years in the “Virtuoso Circus”, as she calls it in hindsight. She performed the violin concertos of Bruch, Lalo, Sibelius, and Paganini with the finest orchestras in East Germany; at the age of 12, she made her first recordings for the East German Radio (including Sarasate’s Gypsy Airs). But this fairy tale ended abruptly in 1984 when her father defected to West Germany during a concert tour. Two years would pass before his family was allowed to join him, and these two years would change the course of Franziska Pietsch’s life. From one day to the next, she was on her own, as all state-sponsored studies and scholarships were suspended.

“And so, at the age of 14, I was forced to ask myself a number of truly fundamental questions. Why do I want to be a musician? What does music really mean? What do I want to do with my life?” Franziska Pietsch found answers in the music of Johann Sebastian Bach. For an entire year, with no instruction whatsoever, she devoted herself exclusively to Bach’s solo works, distancing herself quite consciously from the “circus” life of a child prodigy.
“Bach was my salvation, my healing. I suddenly became aware that great music is able to convey messages that live for centuries, in which I can discover my own soul and give voice to it.” After moving to West Germany in 1986, she continued on this path, supported by her teacher and mentor Prof. Ulf Hoelscher. She completed her years of study with the legendary violin teacher Dorothy DeLay at the Juilliard School in New York.

Franziska Pietsch returned to Germany in 1992 determined to expand her musical horizons beyond the solo literature to include the great symphonic works. For more than ten years, she was the concertmaster of prestigious orchestras such as the Orchestre Philharmonique du Luxembourg, the Sinfonieorchester Wuppertal, the WDR Sinfonieorchester, and the orchestras of the Deutsche Oper am Rhein in Düsseldorf and the opera in Frankfurt. At the same time, she continued to perform as a soloist throughout Europe, Asia, and America. In 2010, Pietsch gave up her activities as a concertmaster to devote herself exclusively to chamber music. With the Trio Testore, she recorded the complete piano trios of Johannes Brahms for the Audite label. In 2014, Franziska Pietsch decided to focus on the chamber music formation closest to her heart, the string trio, founding the Trio Lirico together with violist Sophia Reuter and cellist Johannes Krebs; this ensemble recorded the works of Max Reger for CD. Pietsch’s performances and recordings with pianist Detlev Eisinger (sonatas by Grieg, Franck, and Prokofiev) have been praised by international critics and nominated for the German Music Critics’ Prize.

In 2017, Franziska Pietsch felt the time had come to attempt to express her years of musical and personal experience through the great violin concertos. She recorded both Prokofiev concertos with the Deutsches Sinfonieorchester Berlin under the direction of Cristian Macelaru. She has felt a deep connection to this composer since her childhood:

“It is not only the sometimes dark and melancholy sound colors, which possibly speak to my Czech and Polish roots, but perhaps also Prokofiev’s own life, his search for an individual artistic identity under a totalitarian regime.” The Prokofiev recording (for Audite) was a huge critical success and was nominated for the International Classic Music Award and won the “Preis der Deutschen Schallplattenkritik” awarded quarterly.

With the release of her solo CD featuring works by Bartok, Ysaye, and Prokofiev in the autumn of 2018, the artist once again demonstrated her large artistic breadth while garnering great critical acclaim. Franziska Pietsch continued her successful collaboration with the CD label in the 2019/20 season. In the autumn of 2019, she recorded works by Schnittke, Penderecki, and Weinberg with her Trio Lirico.

Together with her new duo partner Josu de Solaun, Pietsch had her first recording – with works by Strauss and Schostakowitsch – in the spring of 2019. Their next recording of Duos by Fauré, Debussy, Ravel, and Poulenc followed in the summer of 2020. For this CD, “Fantasque”, Franziska Pietsch and Josu de Solaun received the renowned ICMA award in the chamber music category in January 2021.