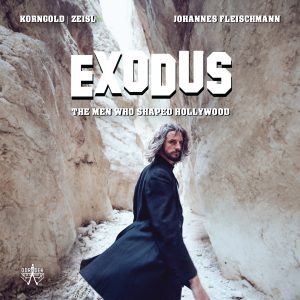 Born into a musical family in Vienna, the violinist Johannes Fleischmann received his first instrumental foundations at the age of 5. After graduating at the Viennese „Musikgymnasium,” he founded the „o(h)!-ton Ensemble, Wien“ in 2003. The same year, he began his studies at the University of Music and the Performing Arts Vienna, in the classes of Klaus Maetzl and Christian Altenburger and graduated in 2011 with distinction. Johannes received scholarships from the „Angelika-Prokopp-Foundation of the „Vienna Philharmonic Orchestra“ and the „Tokyo Foundation“.

In May 2009, Johannes Fleischmann made his solo debut of the Brahms Violin Concerto at the Wiener Konzerthaus. As a chamber musician, Johannes has worked with well-known artists such as Christian Altenburger, Rainer Küchl, Sergey Malov, Andrej Bielow, Alexey Stadler, André Cazalet, Johannes Meissl, Christopher Hinterhuber, François Benda and members of the Berlin and Vienna Philharmonic Orchestra. He has attended multiple festivals including “Prussia Cove”, the “Europäische Kulturtagen Frankfurt”, “Attersee Klassik”, the “Festival Pablo Casals de Prades” and the “Steirische Kammermusik Festival”, the „Quincena Musical de San Sebastián“ and has performed in many concert halls such as Wiener Musikverein, Wiener Konzerthaus, the great hall of the Tchaikovsky Conservatory in Moscow, Philharmonie im Gasteig Munich, Alte Oper Frankfurt, Brucknerhaus Linz and the Flagey in Brussels.

After cooperations with ZDF, ARD, RBB, MDR, NHK, ORF, Pro7, RTL, Ö1, Radio Klassik, Ö1 and the National Radio Slovenia, he has accumulated a wide-range of experiences including appearances on television and radio.

Devoted to contemporary music, Johannes Fleischmann has worked with notable composers throughout his career. Collaborations with Christoph Ehrenfellner, Serkan Gürkan, Fabio Vacchi, Paul Gallister, Rudolf Kelterborn, Ernst-Ludwig Leitner and others have been formative encounters for the young composers and have led to several performances of world premiers. Christoph Ehrenfellners „Hunt Sonata“ and Serkan Gürkans „Mein Wien“ have been dedicated to Johannes Fleischmann.

Effecting a positive social impact is very important to Johannes Fleischmann. From a young age on he promotes change and progress throughout the world, which has often centered on helping people with few or no resources. In addition to frequently giving masterclasses and workshops for deprived children and students, he has developed a project to collect instruments for in-need music schools in Africa. Johannes Fleischmann supported El Sistema Turkey, Superar Austria, the university of Medellín, the university Eduardo Mondlane Maputo, the Michael Joseph Center Nairobi, children in the slum of Korogocho in Nairobi, in Bogotá, Limassol, Paphos, Nicosia, Xabiá, Yerevan, and many more.

Since 2018, Johannes Fleischmann is the artistic director of the renowned Palais Coburg in Vienna.

This season, Johannes Fleischmann wanders along new paths of chamber music and performs with outstanding musicians and ensembles such as Norman Shetler, Hyung-ki Joo, Roger Vignoles, Ryoma Takagi, José Gallardo, Julius Berger, Mariko Hara-Haselsteiner, Christoph Ulrich Meier, the „NWCS – Neue Wiener Concert Schrammeln“ and the „Symphoniacs“. Besides performances at the Wiener Musikverein and Nikkey Hall Tokyo he will present his own concert series at MuTh and the Palais Coburg Matinée in Vienna.