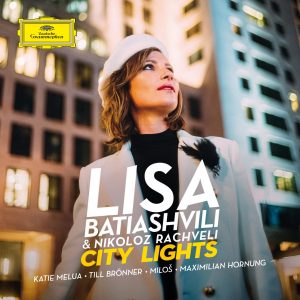 Lisa Batiashvili, the Georgian-born German violinist, is praised by audiences and fellow musicians for her virtuosity. An award winning artist, she has developed long-standing relationships with the world’s leading orchestras, conductors and musicians.

Recording exclusively for Deutsche Grammophon, Batiashvili’s latest album City Lights was released in June 2020. The project marks a musical journey that takes listeners around the world to eleven cities with an autobiographical connection with music ranging from Bach to Morricone, and Dvořák to Charlie Chaplin. At the internationally renowned Concert de Paris on Bastille Day in Paris in 2020 she performed the title track City Memories which was broadcast across the world.

Bastiashvili has had DVD releases of live performances with the Berliner Philharmoniker/Yannick Nézet-Séguin (Bartók’s Violin Concerto No.1) and with Gautier Capuçon, Sächsische Staatskapelle Dresden and Christian Thielemann (Brahm’s Concerto for Violin and Cello).

She has won a number of awards: the MIDEM Classical Award, the Choc de l’année, the Accademia Musicale Chigiana International Prize, the Schleswig-Holstein Music Festival’s Leonard Bernstein Award and the Beethoven-Ring. Batiashvili was named Musical America’s Instrumentalist of the Year in 2015, was nominated as Gramophone’s Artist of the Year in 2017, and in 2018 was awarded an Honorary Doctorate from the Sibelius Academy (University of Arts, Helsinki).

Lisa lives in Munich and plays a Joseph Guarneri “del Gesu” from 1739, generously loaned by a private collector.