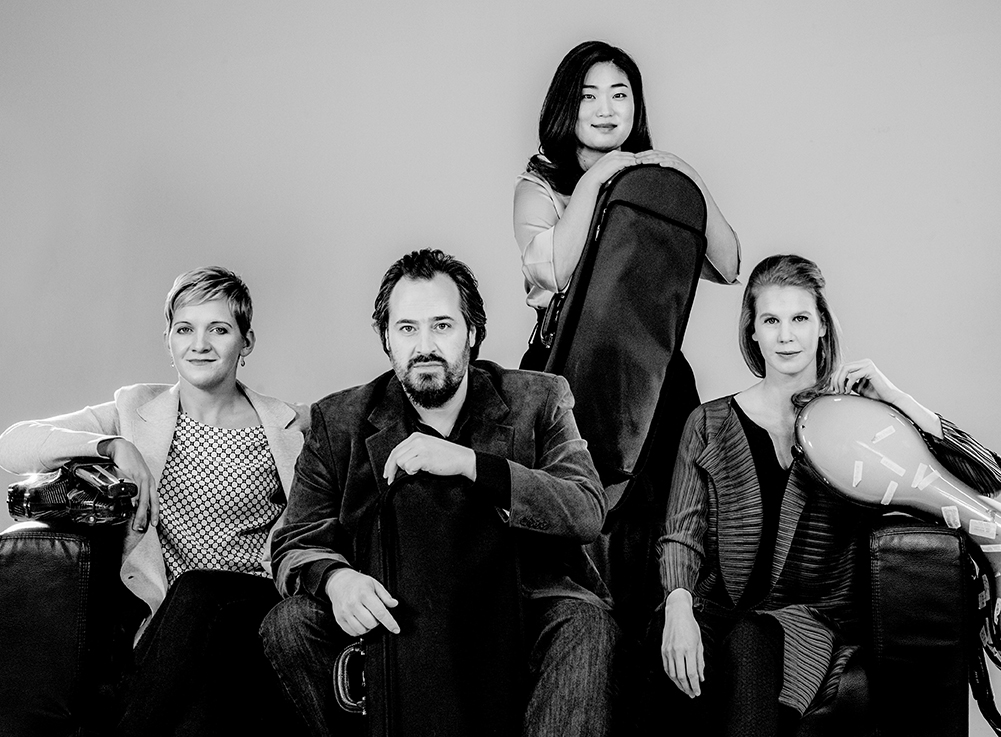 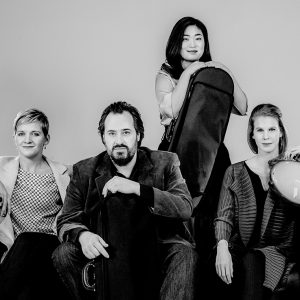 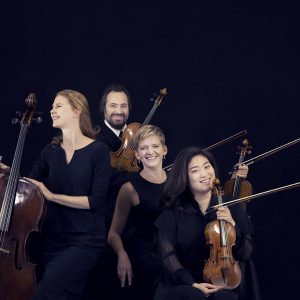 An anniversary and a new beginning in one. Far from looking back in satisfaction, the quartet is boldly breaking new ground. Thirty years after it was founded – in 1989, the year when the Berlin Wall came down – a rejuvenated Artemis Quartett welcomes two new members. Over the years the quartet has adjusted to new appointments with ease, and now radical change is on the horizon: from the start of the season 2019/20 violinist Suyoen Kim, born in Münster, Westphalia, and now First Concert Master of the Konzerthaus Orchester Berlin, will alternate first and second violin with Vineta Sareika, following the departure of Anthea Kreston. Meanwhile Dutch cellist Harriet Krijgh, already a high-profile soloist, is taking over from founding member Eckart Runge.

This is a changeover that is happening both at high speed and in the full beam of public expectation. In September 2019 the quartet’s touring schedule already includes two dates in Amsterdam at the Concertgebouw. In the upcoming season, 2019/20, the re-formed quartet will continue its celebrated cycles with three programmes each in the Kammermusiksaal of the Berlin Philharmonie and in the Mozartsaal at the Konzerthaus in Vienna. It will also continue to perform in leading concert series in Europe, North America and Asia. In so doing the quartet is taking on a huge challenge. At the same time as forming anew the ensemble has to retain both its character and its identity. The quartet’s farewell to Eckart Runge also marks the departure of the last founding member of the ensemble, whose four original players came together as students at the Musikhochschule Lübeck. But the continuity of the quartet’s generations is assured: violist Gregor Sigl joined in 2007 and Vineta Sareika was appointed as leader in 2012.

The traditional notion of a string quartet’s style being defined and embodied by one dominant personality – generally the leader – does not apply in the case of the Artemis Quartett. Indeed, the outstanding quality of this formation, which was soon winning major international prizes and setting new standards for chamber music ensembles – in part thanks to numerous, highly acclaimed recordings – is the outcome of their unrelenting collective efforts. That is certainly the view of Gregor Sigl, who now becomes the longest serving member. On one hand the group’s artistic persona is always determined by the characteristics of the individuals making music. On the other hand, over the decades the quartet has developed its own DNA, so to speak, which has seen their collective organism become ever more complex and elastic, as Sigl puts it. “Each member has enriched and nurtured the quartet over the years. Each and every musician has made his or her own, invaluable contribution. They have all added to the group’s fund of internalised rules and factual knowledge, which is not only carefully sustained but also very deliberately passed on.”

For a long time now the quartet has restricted itself to three programmes per season, with the proviso that individual works may be carried through to the next season. Each programme is prepared with the utmost concentration for a period of weeks; it is then presented many times in concerts across the world, during which the quartet’s interpretations crystallise and become increasingly refined. The four musicians have an unfailingly perfectionist work ethic, which requires precise time management and a high degree of self-discipline. And this rigorous approach provides the framework for great flexibility. Over the years Gregor Sigl has found that “spontaneity arises when a person knows exactly what he or she is doing. Freedom only ever comes from complete security.” The members of the Artemis Quartett always keep detailed records of the results of work done in their rehearsals together, so that whenever they return to a composition they can start again at the same level of creative insight that had previously been reached. Sigl feels that by this means the quartet may well have built up a richer fund of ideas and experience than if they had always had the same four members.

Throughout everything the musical and ethical foundations of the Artemis Quartett have been stable. As Sigl has put it, besides the highest possible instrumental standards these foundations also embrace an “uncompromising striving for truth”. For the musicians of the Artemis Quartett extreme “curiosity” and “openness” in all their exchanges of ideas plus an ability to shelve one’s own ego form the basis of that “counteraction of all the participants in combative plurality” that philosopher Wolfgang Welsch once identified as the main interpersonal hallmark of the art of the string quartet. The constant high voltage of artistic imperatives in conjunction with immense concentration in the formation of a shared choreography creates the basis of the quartet’s stability both on and off the concert stage. Without this the Artemis Quartett would never have had a career lasting thirty years and more. “After all,” as Sigl says, “the hardest thing is staying together.”

It seems that all is set fair for the quartet in its new configuration. Early on in the selection process for the positions to be filled, Vineta Sareika and Gregor Sigl soon had their two new colleagues in their sights – but hesitated to approach them because both were already so very successful in their chosen careers. As Sigl says, Suyoen Kim and Harriet Krijgh are just “sensational players”, they are “hugely curious” – and “absolutely want to play in a quartet”. For both, this move marks the fulfilment of a long-held professional dream. The fast-approaching Beethoven jubilee year in 2020 will mark a phase during which this internationally renowned quartet will have a special place in the spotlight of public attention. Each of the three programmes with which the Artemis Quartett will mark the composer’s 250th birthday consists of an important Beethoven quartet (Op. 59 no. 3, Op. 130/133, or Op. 132) combined with newly commissioned works by Peteris Vasks, Lera Auerbach and Jörg Widmann. In one programme, which also features the string quintet version of Beethoven’s Kreutzer Sonata, Eckart Runge will return as second cello.