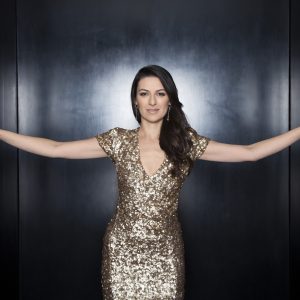 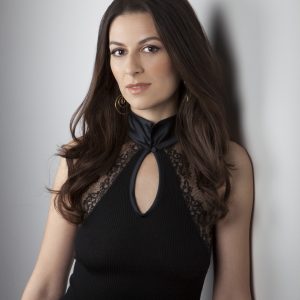 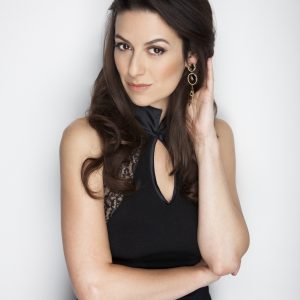 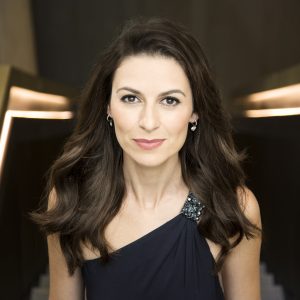 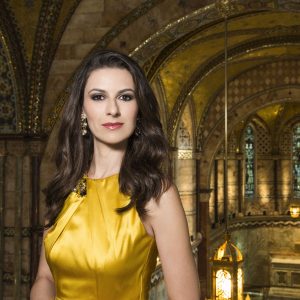 Soprano Chen Reiss has established a strongly-acclaimed and distinctive career, enchanting audiences with “one of the most perfect Strauss voices one could wish for” (Classical Source), “a voice of silver brightness and clarity” (Bachtrack) with “immaculately produced and enticing tone matched by superb musicianship” (Opera News, USA).

Born in Israel, she came to prominence as a member of the ensemble of the Bavarian State Opera under the music directorship of Zubin Mehta, and has for a number of years been a resident artist at the Vienna State Opera. She has also performed leading parts at the Théâtre des Champs-Élysées, Teatro alla Scala, Semperoper Dresden, Deutsche Oper Berlin, Netherlands Opera, Wiener Festwochen, Maggio Musicale Fiorentino, Opera Company of Philadelphia and the Israeli Opera.

Recent highlights include her debut at the Royal Opera House Covent Garden as Zerlina in Kasper Holten’s production of “Don Giovanni” conducted by Marc Minkowski, her debut at Teatro Real in Madrid and Gran Teatre del Liceu Barcelona as Ginevra (“Ariodante”) under William Christie, and her role debuts as Susanna (“Le Nozze di Figaro”) and Aennchen (“Der Freischütz”) at the Vienna State Opera, and as Liu (“Turandot”) with the Israel Philharmonic Orchestra. She appeared in concert with signature repertoire including performances of Mahler’s Symphony No. 2 with the Munich Philharmonic and Gustavo Dudamel, Mahler’s Symphony No. 4 with the Royal Concertgebouw Orchestra and Daniele Gatti, and made her debuts with the Chicago Symphony under Charles Dutoit, the Philharmonia Orchestra under Lahav Shani, and the Berlin Radio Symphony under Vladimir Jurowski. With the Vienna Philharmonic she was the guest soloist at a gala concert for the 30th anniversary celebrations of Tokyo’s Suntory Hall, and with the Orchestre National de France she took part in the 2019 Bastille Day ‘Concert de Paris’, televised live from Paris’s iconic Eiffel Tower.

Highlights of this season and beyond include Marzelline in a new production of Beethoven’s “Leonore” (the original version of “Fidelio”) at the Vienna State Opera where she also will return in signature roles including Ginevra (“Ariodante”), Nannetta (“Falstaff”) and Sophie (“Der Rosenkavalier”), her return to the Royal Opera House Covent Garden, and her role debut as Ann Trulove in Stravinsky’s “The Rake’s Progress” at the Teatro dell’Opera di Roma. In concert she sings with the Akademie fur Alte Musik at the Schleswig Holstein Festival, makes her debuts with the Los Angeles, Rotterdam and Czech Philharmonic Orchestras, and sings Mahler’s Symphony No. 2 at an Israel Philharmonic gala performance as Zubin Mehta says farewell after 50 years as the orchestra’s Music Director. She features as soloist in Bach’s Christmas Oratorio, Mozart’s Requiem and Beethoven’s “Missa Solemnis” with the Wiener Akademie, and releases a recording of Beethoven arias and scenas with the Academy of Ancient Music, from which she performs “Egmon” at London’s Barbican Hall.

In December 2014 Chen Reiss was invited to sing for Pope Francis during the Christmas Mass, which was broadcast worldwide. She has recorded a wide range of repertoire including a disc of Mozart, Salieri, Haydn and Cimarosa arias, and a recital “Le Rossignol et la Rose” presenting a romantic compilation of songs with distinguished pianist Charles Spencer (both for Onyx Classics), roles in complete recordings of “Die Fledermaus” (Capriccio), “Don Giovanni” and Brahms “Ein Deutsches Requiem” (Helicon) and Lehar‘s “Das Fürstenkind” (CPO), and DVD releases of Fauré’s Requiem with Orchestre de Paris conducted by Paavo Järvi, and Mahler’s Symphony No. 2 with the Royal Concertgebouw Orchestra. Accompanied by the Berlin Philharmonic and Sir Simon Rattle, she sang the soundtrack to Tom Tykwer’s film “Perfume: the Story of a Murderer”.